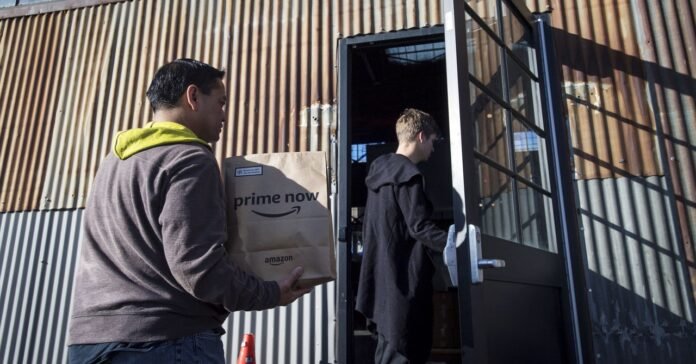 The Federal Trade Commission said Tuesday that Amazon had agreed to repay drivers for its Flex delivery service almost $62 million that consumers had intended as tips, but that Amazon retained for several years. The FTC called Amazon’s tipping practices “deceptive.”

In other words: Gig companies beware. The move is “unmistakably an indication of the agency’s commitment to devoting additional attention and enforcement resources to monitoring the behavior of gig employers, and to punish misrepresentation and fraud,” says William Kovacic, a former chair of the FTC and now a professor at George Washington University Law School. “This is an expansion.”

According to an FTC complaint, the settlement stems from advertisements Amazon posted when it launched Amazon Flex in 2015, through which workers sign up as independent contractors delivering Amazon goods. Those ads—and subsequent statements by Amazon—promised prospective workers $18 to $25 an hour in base pay, plus 100 percent of customers’ tips. But the FTC alleges that by late 2016, Amazon had begun to use an algorithm to determine new base pay rates by workers’ locations, and to subsidize that base pay with customer tips. That meant that if, for example, Amazon determined that area’s base pay rate was $14, and a customer tipped a driver $4 for their work, Amazon would use the customer tip to meet the promised minimum pay of $18.

Have you worked as an Amazon Flex driver, and would like to talk to a reporter about your experience? Email Aarian Marshall at [email protected]. WIRED protects the confidentiality of its sources.

The complaint says that hundreds of drivers complained to Amazon about the pay discrepancies. A 2019 Los Angeles Times article described drivers, assigned by chance to deliver packages to their own homes, tipping themselves very specific figures to determine if the full tips were reaching their accounts. They weren’t. Meanwhile, according to the FTC, internal Amazon emails show employees describing the situation as “a huge PR risk for Amazon” and “an Amazon reputation tinderbox.” In mid-2019, Amazon adjusted its tipping practices.

Under the settlement, Amazon will pay the $62 million to the FTC, which will then give the money to the drivers who earned it. The FTC does not yet know how many drivers will be entitled to payments, according to spokesperson Jay Mayfield. Amazon did not respond to a request for comment.

Other gig companies have similarly manipulated worker tips and pay—and, to a lesser degree, also been called on the carpet by regulators. In 2019, after public outcry, DoorDash changed a policy that used customers’ tips to subsidize its workers’ minimum pay rate. Instacart has also been accused of misleading customers into thinking an optional service fee would be collected as tips for workers. (The company changed its policy on the fee in 2018.) Both companies have been sued by the District of Columbia for consumer deception. The Instacart case is pending, but DoorDash last November paid $2.5 million to DC for misleading consumers over tipping.

After A 7% Drop Over A Week, Will Lincoln National Stock Rebound?

After A 7% Drop Over A Week, Will Lincoln National Stock Rebound?

What’s Behind Cleveland-Cliffs Stock Jumping 14% In A Week